I decided to dedicate my first review in 2019 to an app that I've been using for a long time now. iTerm2. The superb macOS terminal app.

The first time I started using a terminal app was back in the days when News47ell was hosted by DigitalOcean. I used to SSH into my server when I needed to manage the backend of my site.

Now, I use the terminal to build and manage News47ell on GitHub. If you are someone who just started using Terminal.app, I recommend that you switch to iTerm2. And if you're someone who's looking for the a terminal app for macOS, congratulations, you've found it.

Even if you have no idea why you are here and you clicked on this link by mistake and kept reading all the way until here, first, Thank you and second, this app is for you.

In all seriousness, iTerm2 is great. It packs a lot of features that are missing from Terminal.app that allow you to customize the app and make it truly yours.

So let's take a closer look at it 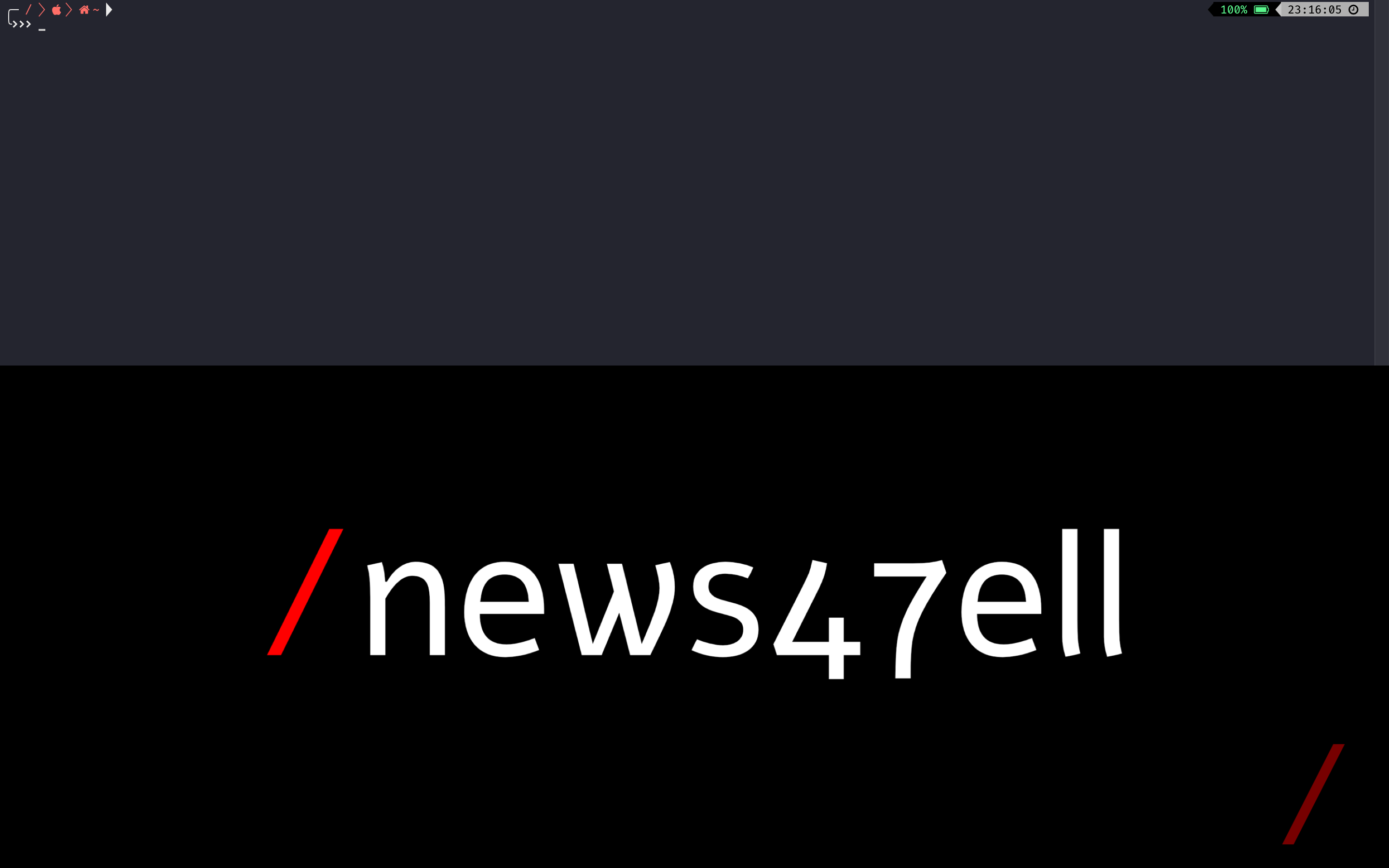 Have you ever played Counter-Strike and you wanted to enter a cheat code? You press the ~ button and a console menu appear from the top. Well, you can do the same thing with iTerm2.

The Hotkey Window feature allows you to register a hotkey that will bring iTerm2 to the foreground so you can quickly use it even if you're inside another app. 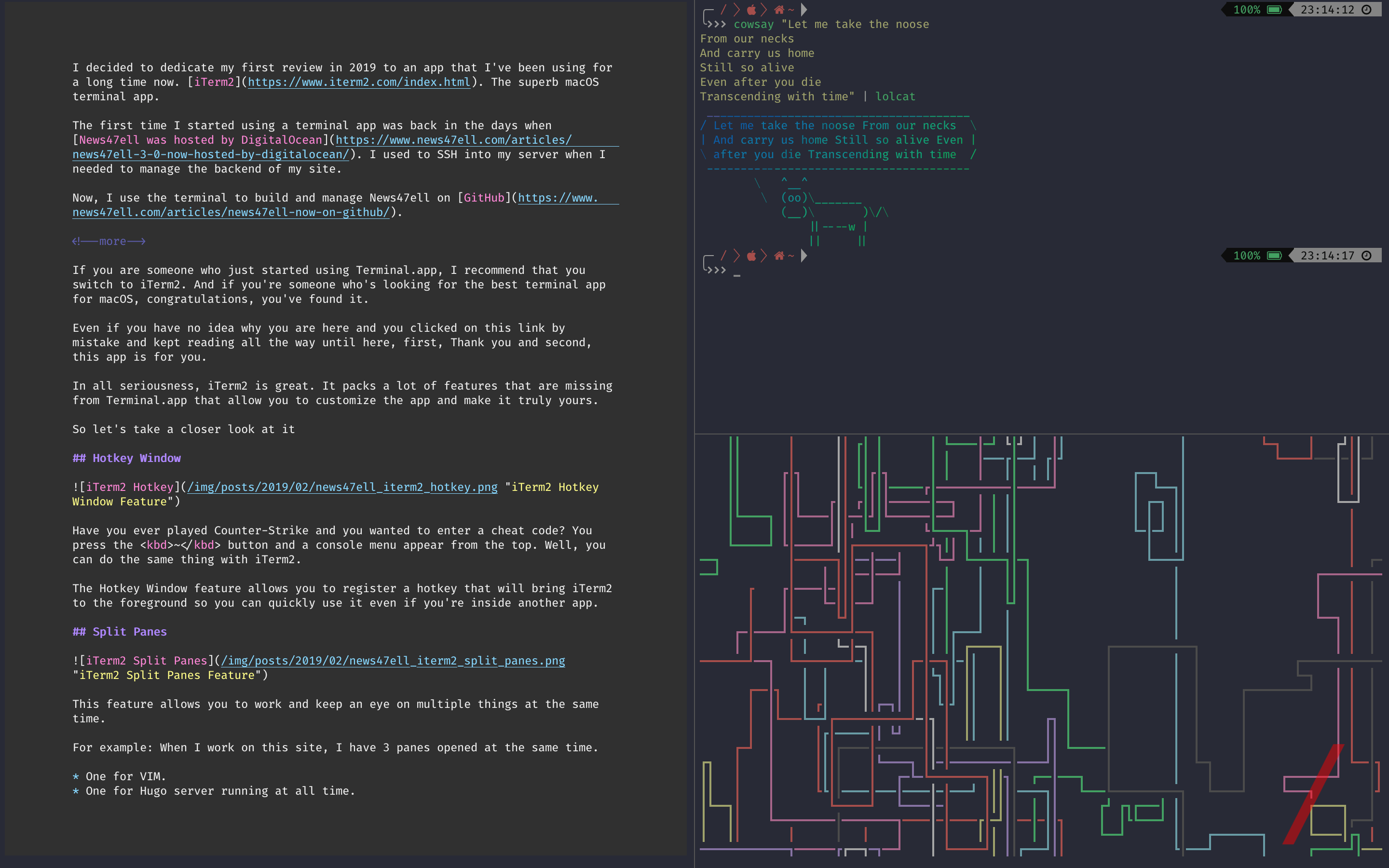 This feature allows you to work and keep an eye on multiple things at the same time.

For example: When I work on this site, I have 3 panes opened at the same time.

Well, this should be obvious. iTerm2 allow you to have an instant replay of everything that you did inside the terminal window. A line you edited, a code you executed, a file you opened, everything is recorded and you can watch a replay of it instantly. 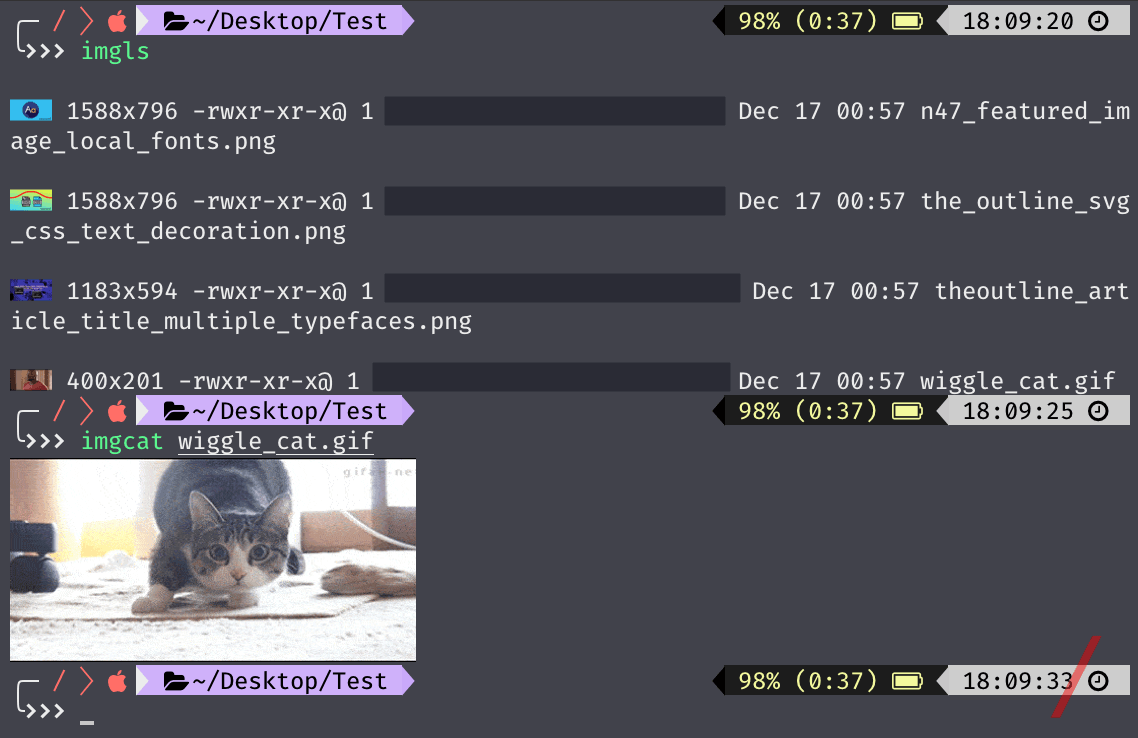 I had no idea about this one until I started writing the review. You can view images and GIFS inside iTerm2.

I have 3 profiles set up and I switch between them depending on what work am doing inside the terminal.

The first profile is the default one which I use for full-screen writing when I want to write a new article using vim.

The second profile is tmux.

Last profile is a dropdown profile which I talked about in the Hotkey Window feature section. 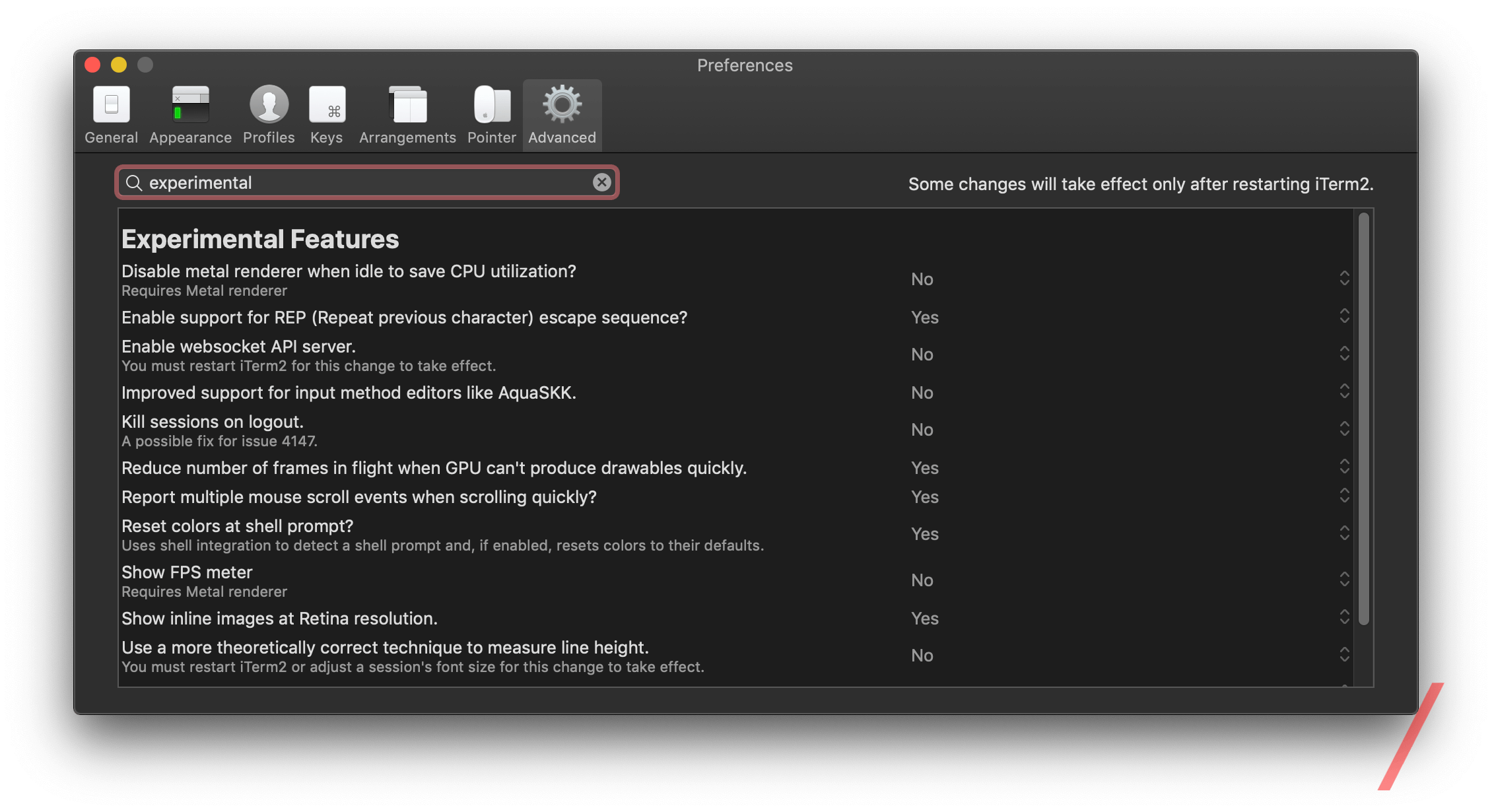 There are many options to choose from and to make iTerm2 YOUR terminal.

Like the option to enable/disable GPU rendering, dimming of inactive windows, borderless windows, colors and fonts, and a ton of experimental features.

Although both Terminal.app and iTerm2 are still in development and both receive updates, with Terminal.app, you have to wait until a new version of macOS to get new features while with iTerm2, anytime the developer pushes a new update, you receive it right away.

I don't like waiting a year to receive an app update. That's why I like to stay away from all the apps that are made by Apple.

You really should use iTerm2. There's no other way of putting it.

The app has much more features than the ones I mentioned like tmux Integration Mouseless Copy, Autocomplete and Shell Integration. There's a big community out there that uses the app on a daily basis. It's free, but you can always donate to the developer George Nachman.